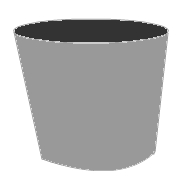 A System Utility App is an App which cleans up junk files like cache files, stop background tasks for faster performance, and uninstall unwanted apps off your device. After you delete junk files, stop background tasks, and uninstall unwanted Apps in Google Android, your device like a smartphone, tablet, or settop box would have more free space, more free RAM/Memory, better performance, and fewer crashes, and random restarts.

After running a System Utility scans and repairs, your device should run faster like the day you bought it, or even faster than the day you first turned on your device.

Using a System Utility App to clear junk files like cache, ads, and leftover app data from uninstalled apps will free up space on your internal storage drive which will make your device have more space for installing other files, and Apps, and also increase the performance of your device if you had very little free space before the cleanup.

A lot of devices these days come with bundled pre-install apps like fitness/exercise, e-mail clients, and social networking apps which could slow down your device by using RAM, CPU, and internal storage. Sometimes, System Utility App can help you uninstall unwanted apps, or at least disable them if your device is not rooted, and needs to be rooted to uninstall apps like the email app which came with your device. Disabling and uninstalling unwanted apps which you don’t want on your device would increase your free storage space, and also saves data/bandwidth since once an App is uninstalled or disabled, it won’t run anymore, so it could not use bandwidth, and Google Play and other App stores can’t automatically update them in the background which can use a lot of data.

Many System Utility apps come with a task killer feature which stops background tasks which you don’t need to save battery life, and make Google Android run faster by having more free RAM, and CPU resources to run apps, and games at a faster speed with less slowdown problems, and random crashes or freezes. There are also game boosters which kill background tasks to make games run faster.

Clean Master is one of the most popular system utility apps for Google Android. I have been using Clean Master the most for cleaning up my internal memory because Clean Master also delete leftover files like ad files, junk files from apps which I uninstalled, cache files, and other files I don’t need to run Google Android. It usually delete the most junk off my devices compared to other system utility apps. Clean Master also comes pre-installed with a lot of nice tools like a Phone Booster Task killer, Game and App Booster, battery optimizer, battery speed up charging tool, App Manager/uninstaller, disable pre-installed system apps, CPU cooler, Photo manager, space manager, App privacy locker, Downloads Manager, privacy protection and antivirus features. You can also sign-up for a CM Account which gives you 2GB of free online storage with your My Cloud Account from Clean Master. Clean Master almost has everything you need to clean up, speed up, and secure your Google Android device without the need to install more apps.

All-In-One Toolbox is a system utility app which has almost all the features you need to delete junk files, and boosts Google Android’s performance with its task killer. All-In-One Toolbox also comes with a lot of extra tools when you installed the App. It has a batch install, batch uninstall, backup and restore, system app uninstaller, Apps2SD, Boot Speedup, Startup Customize, File manager, and more. There are 29+ system tools in All-In-One Toolbox to improve your Google Android’s devices free storage space, and performance. You can also install Plug-ins like a Game Booster, Flash Light, Compass, etc  to add even more features to All-in-One Toolbox. It has a System Info feature for you to use to quickly learn about your devices specs like RAM, CPU, and storage space.

All-in-One Toolbox app size is 6M, and its compatible with Google Android 2.3 Gingerbread and up.

AMC Security – Antivirus Clean app size is 8.9M, and it works with Google Android 2.2 and up.

Disable Bloatware – Hide Apps is a useful app which is used to disable pre-installed apps which came with your device. It lists all the pre-installed Apps like Calculator, Calendar, Clock, etc which can be disabled in the Hide-Able tabs where you click on apps you want to disable/hide, so HideApps will disable them for you. Disabling pre-installed Apps could make your device faster, use less RAM, and CPU resources, and free up storage space after you uninstall the updates, and clear the data.

Greenify is an App which hibernates your third-party background apps which you do not need to always run in the background. After Greenify hibernates your background apps which you selected to be hibernated, you would have better battery life, more free RAM, and CPU resources for running apps like web browsers, image viewers, media players, etc. You can always unhibernate apps by using Greenify to restart them, or by launching the app again from Android’s App launcher. After using Greenify, and hibernating all my Background Apps which I don’t need, I notice my Asus Nexus 7 2012 tablet with 1GB of RAM, and a 1.3 GHz Nvidia Tegra 3 CPU, 16GB storage, and Google Android 5.1 runs faster, and Apps don’t freeze up as much as before, and the tablet is more stable with fewer random restarts, freezes, and black screen errors.

The App size for Fast Optimizer is very small. It only uses 33K of space on your internal drive. Fast Optimizer also works on very old versions of Google Android like 2.2 Froyo and up.

Fast Cache Cleaner’s App size is a small 31K in size, and its app works with Google Android 1.6 and up.

Fast Reboot is a simple App which simulates restart by closing all core apps, and user apps which free up RAM and CPU resources after you tap on the Fast Reboot icon which is green with a reboot icon. After you have started Fast Reboot, it will automatically close all background apps, and display a dark gray pop-up Window telling you how much RAM it has freed, and what tasks it has killed.

Fast Reboot’s App size is a small 31K, and works with Google Android 1.5 and up.

By using System Utility Apps, you can more easily free space by deleting junk files, and cache files, and make your device faster by stopping background tasks from running to free up RAM.

What is your favorite System Utility App for using to maintain, and improve Google Android’s free space and speed?