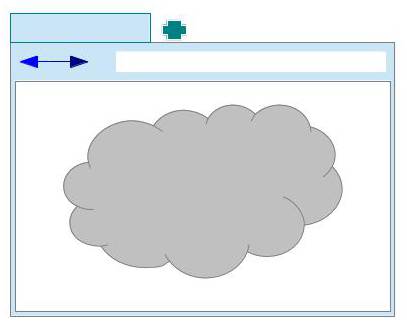 Sometimes browsing the web on older computers and slower computers like netbooks, tablets, and mini PCs like the Raspberry Pi 1-2 with slower CPUs, less RAM, and storage space can be very slow even when you use a lightweight Linux operating system like Debian, Raspbian, Lubuntu, Arch Linux and Xubuntu. But, there are some full featured lightweight web browsers like IceWeasel, Web, and Midori which have most of the features like JavaScript, HTML5, CSS, and plug-in support which let you use the web browser to go on YouTube to watch videos, check e-mail on webmail, go on social networks like Facebook, and Twitter, and use plug-ins like Flash and Java. Lightweight web browsers don’t use as much Storage, RAM, and CPU as bigger web browsers.

The greatest advantage of using a Lightweight Linux Web browser like Midori on a Lightweight Linux Operating like Raspian is that you can browse the web at a good speed even on less powerful computers like the Raspberry Pi 1-2, or an old desktop, netbook, ,laptop, tablet with a 800-1000 Mhz single core CPU, 256MB of RAM, and 10GB or less storage. You can re-use your old computers or use a cheap low power usage Linux PC like the $35 Raspberry Pi 2 for browsing the web at a usable speed when using a lightweight web browser like Midori. Using Midori, Web, IceWeasel, and Firefox on more modern Linux computers would make browsing the web very fast, and responsive because of the low system resource usage of Linux based operating systems like Puppy Linux, Linux Mint, and Debian.

I like having Kweb/Minimal Kiosk Web Browser, Midori, IceWeasel, and Web/Epiphany web browser installed on my Linux computer since sometimes some websites work better on Midori, and Web, but other times IceWeasel displays websites better. There are also different add-ons, features, and plug-in support which only work on IceWeasel, Web, or Midori, so each web browsers have different purposes for me. I like using Web to watch online video because it is the only web browser which I know of which supports hardware acceleration for online videos, so they run smoother. IceWeasel is compatible with a lot of Firefox add-ons like password managers, website file downloaders, IRC Chat and web development tools. Midori is a minimalistic web browser with nice features like a user agent changer to change the website layout to a mobile iPhone site which is useful when I want to view the mobile site instead of the desktop site.

Minimal Kiosk Web Browser/Kweb is a minimalistic web browser which has mainly the most important features of a web browser like support for HTML5, JavaScript, bookmarks, etc. But, it does not have less important features like social networking plug-ins and buttons. Kweb also comes with Kweb3 which has hardware accelerated video, and Jpeg encoding which makes using Kweb3 fast for playing back videos and pictures. When I use Kweb, it runs very smooth on my Raspberry Pi 2 compared to other web browsers. It rarely crashes or freezes when I use it. There is even an optional Kiosk mode which runs Kweb on a lightweight desktop environment, so Kweb has more free RAM and CPU resources fo loading websites. Kweb also comes with omxplayerGUI which is useful simple omxplayer frontend program for watching online video, or playing back local media files. Kweb is one of the best lightweight basic web browsers which come with a lot of useful features like hardware accelerated video playback, omxplayerGUI, and bookmarks.

IceWeasel is a pretty good tab web browser when I use it on Raspbian Linux on the Raspberry Pi. IceWeasel is the only Firefox based web browser which works with the Raspberry Pi’s Raspbian based web browser. IceWeasel is made by Debian, so it works with Debian Linux Operating system. IceWeasel lets me install Firefox add-ons, themes, dictionaries, and works with Plug-ins like Flash Player. IceWeasel is based on Firefox, so IceWeasel has all the features like tab windows, private web browsing window, customizable theme and windows, online bookmark sync, bookmarks, saved passwords, HTML5 support, JavaScript, etc which are on Firefox except for newer Firefox features like Pocket, etc. The user interface on IceWeasel is the same as Firefox. IceWeasel is available on Raspbian, Debian, and other Linux operating systems. I can now use IceWeasel to watch YouTube videos with YouTube HTML5 video player. There are also a lot of nice Firefox add-ons like NoScript, Image-Block, Flash Block, etc which makes IceWeasel load websites faster by blocking unwanted scripts, and images from loading. Blocking scripts, images, and flash can also make IceWeasel not crash, and freeze as often because fewer tasks are loading and running on a website once the tasks are block. There are also add-ons for changing the user agent of IceWeasel to iPhone 3, and other devices which is useful when browsing the web on a slower computer where the desktop version of the site is very slow compared to the smaller mobile version. I sometimes use IceWeasel to play HTML5 videos on my Raspberry Pi 2, and IceWeasel can play 360P videos on YouTube at an okay speed. IceWeasel is also the only known modern lightweight web browser which does not use the WebKit website rendering engine because IceWeasel uses the Gecko Website rendering engine which is used in Mozilla Firefox Web browser. I find IceWeasel on the Raspberry Pi more reliable, and crash less often compared to other web browser for the Pi. I think the main reason IceWeasel is more stable is because it uses the Gecko Website rendering engine which is very reliable even when I use it in Firefox for Windows, and Linux. IceWeasel may not be as fast as other web browsers which work on Raspbian, but IceWeasel is reliable, and doesn’t unexpectedly close as much. A lot of Firefox tweaks, and tricks also work on IceWeasel, so I can tweak IceWeasel to run more smoothly.

I usually use Firefox on Ubuntu, Linux Mint, and other Linux Operating Systems which comes with Firefox pre-installed, or has Firefox in the Software Center. There is currently no version of Firefox for the Raspberry Pi, so you have to use IceWeasel which is based on Firefox. Newer versions of Firefox seem to use less RAM, and run more smoothly. Firefox always seem to run smoother on Linux because of Linux’s lower RAM usage. Firefox runs pretty reliably in Linux Mint and Ubuntu when I use Firefox in Linux Mint and Ubuntu. Firefox rarely crashes, or freezes in Linux even when I use Firefox on an older Linux PC with an AMD 1.7 GHz Single Core CPU, 256MB of RAM, and 60GB of hard drive space. There are a lot of nice extensions, add-ons, plug-ins, and features in Firefox which make it nicer to use by adding more features to Firefox.

You can install Firefox OS on the Raspberry Pi, but Firefox OS is designed for smartphones with Touchscreens, so it maybe difficult to use on a regular desktop computer setup with a non-touchscreen monitor, and keyboard, and mouse. Firefox OS is designed to run fast on slower hardware, so it sould run quickly on the Raspberry Pi. Firefox OS has apps, and extensions for its browser, and it also supports HTML5, JavaScript, CSS, and other features which Firefox supports.

Web which was previously known as Epiphany Browser is a WebKit Powered tab Web Browser like Google Chrome, and Apple Safari. Web is made by Gnome who makes the popular Gnome desktop which is used in Ubuntu, and other Linux operating systems. Web runs pretty quickly and smoothly when I use it in Ubuntu Linux on an older desktop PC with a 1.86GHz CPU, and 1GB of RAM and Raspbian on the Raspberry Pi 2 with a 900 MHz CPU and 1GB of RAM. Web can play hardware accelerated video on the Raspberry Pi, so video playback speeds while playing back an online video on YouTube is fast, and smooth like watching the video on a video player software like OMXPlayer and Kodi Media Center software for the Raspberry Pi 2. I can even use Web to open and play an HD 1080P video in the Web Browser.Web site loading times are also pretty fast. There are some useful features for Web like tabs, private web browsing window mode, bookmarks, download manager, support for plug-ins, spellcheck, html5, JavaScript, tabs, Save page as web application, and a minimalistic user interface. One of the main advantages of Web is that it does not have un-needed features and add-ons which can slow down your web surfing experience. Web also only has one toolbar, and titlebar, so you can use most of your monitor space for viewing a website. Its tab bar is hidden when only one website is loaded in Web. Web is one of my favorite lightweight full featured web browser for Raspbian because it can play videos smoothly on websites compared to other web browsers which don’t hardware accelerate HTML5 video, so the video needs to use slower software decoding which can make videos run slower. Web also loads most websites like Yahoo, Reddit, and Twitter very fast.

Midori is a simple WebKit based web browser like Apple Safari browser and Google Chrome. It has most of the important features like tabs, private web browsing, History bookmarks, spellcheck, RSS feeds, fast file downloader, HTML5 support, support for plug-ins like Flash and Java, and Downloads manager. Midori comes with Extensions like colorful tabs, cookie manager, copy address of tabs, feed panel, etc which you can turn on or off in the Preferences section of Midori under the Edit Menu on the Menu bar. Midori has a lot of useful settings like changing the useragent to iPhone, so it loads the mobile site which is good if you use Midori on a slower PC, or tablet because mobile sites load faster than desktop websites. I can also turn off images, scripts, Netscapte plug-ins like Flash and Java, and turn off spellcheck on Midori to make websites run faster, and more reliably on Midori. When I use Midori on my Raspberry Pi mini computer, Midori load websites like Reddit, Twitter, and Google. Midori also scrolls up and down most websites smoothly. Midori is also okay for playing 360P video on YouTube in my experience when I use Midori on my Raspberry Pi 2. Midori is reliable, and does not freeze or crash a lot. I like the simple user interface of Midori. There is a title bar, menu bar, bookmark sidebar, bookmark bar, address bar,Status bar, navigational buttons, search box, tab bar which is hidden when only one website is opened. It is easy to hide unwanted bars like the status bar, bookmark bar, and menu bar in the View menu under Toolbars in Midori. There are very little un-needed features like visual effects, pictures, and animations on the user interface which can slow down Midori.

IceWeasel, Firefox, Web/Epiphany, and Midori are great lightweight Linux compatible web browsers which has most of the modern features like support for HTML5, Plug-ins, JavaScript, tabs, bookmarks, etc which make using the web more fun, and useful because you can use most of the modern features on websites like watching online video, listening to music, and uploading files to YouTube, Twitter, and Facebook. Web, Midori, IceWeasel and Firefox web browsers should run well on Linux based operating systems like Raspbian for the Raspberry Pi 1-2 with a 900MHz Mobile/ARM CPU, 1GB of RAM, and 2GB or more storage depending on the size of your SD Card. These web browsers should run quickly on Ubuntu, Debian, Linux Mint, and Lubuntu which can be installed on older computers, netbooks, nettops, mini computers, and laptops with a slower single core 1GHz CPU, 256MB or less RAM, and smaller 10GB or larger hard drive.