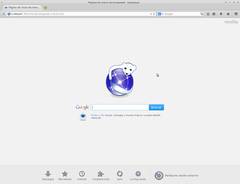 Iceweasel web browser is a free Firefox based tabbed web browser which works on the Raspberry Pi 1 and 2 mini computers, and Debian. Iceweasel can be installed on the Raspbian operating system which is for the Raspberry Pi. Iceweasel is a good web browsers for Raspbian. It has as many features as Firefox, and is more reliable than the default web browsers which I used in Raspbian. Iceweasel turns your Raspberry Pi into a extremely affordable casual web browsing desktop PC which can visit many websites without viewing problems. The reason Iceweasel is called Iceweasel is because it can’t use the word Firefox in its name because the Firefox brand belongs to Mozilla like how Google Android based operating systems like CyanogenMod, Amazon Fire’s OS, etc can’t use Google Android in its name because Google belongs to Google.

The Raspberry Pi is a mini PC which can be used to create offline content like documents, images slideshow presentations, software programs, and other types of content, and to watch video with Kodi, and OMXplayer.

Iceweasel has most of the features of Firefox because Iceweasel is based on Firefox, so Firefox extensions/add-ons and plug-ins work on Iceweasel. I can also use Icewesel to watch YouTube videos because YouTube now plays video with HTML5, and Iceweasel supports HTML5 content. Playing back YouTube videos in Iceweasel installed on the more powerful Raspberry Pi 2 is pretty smooth in my experience where videos don’t slowdown. I can also use Iceweasel to go on SoundCloud.com to listen to music hosted on Soundcloud.com. General web browsing on blogs, forums, social networks, WordPress blogs, and regular websites is pretty good on Iceweasel on my Raspberry Pi 2. Iceweasel uses about 178MB of RAM, and less than 1% CPU when it is idle according to the Task Manager program in Raspbian. Iceweasel does not crash a lot when I use it compared to other web browsers which seems to crash a lot where the entire window is unusable. Iceweasel also ask you to stop website scripts like Javascripts from running if they are slowing down Iceweasel instead of freezing the whole web browser where it is unusable like how Firefox also ask you to stop unresponsive scripts. There is an add-on called No Script which blocks scripts from loading in Firefox which makes using Firefox and Iceweasel faster, and more reliable. But, for more complicated websites like blogs, and forums, you may need to allow some scripts from the website, and other sites to run in Noscript, so the website would work. I also have ImageBlock add-on installed on Iceweasel to block images which makes sites like YouTube, blogs, and social networks load a lot faster when I just want to watch video on YouTube, or read articles, but don’t want to wait for the images to load on the Raspberry Pi which is slower than most modern PCs, so very big images can take a long time to load, and sometimes slow down the entire website.

But, it is best to limit your number of opened tabs, and windows to 1-4 tabs or windows since the Pi 2 only has 1GB of RAM, and a 900MHz CPU, so it might freeze if you have too many tabs opened at once.

Iceweasel displays most websites correctly because it is based on Firefox, and Firefox is designed to work with most websites. Most website designers/developers also make website to work properly on Firefox.

Iceweasel uses the same user interface as newer versions Firefox. Iceweasel has tabs with round corners like Firefox, address bar, navigational buttons, search box, and a menu button on the right like Firefox. If you know how to use Firefox, learning to use Iceweasel should be pretty simple. You can also install custom themes in Iceweasel like Firefox, so you can change the look of Iceweasel’s web browser Window.

If you right-click on an empty space on the tab bar in Iceweasel, you can turn-on the Menu bar, and bookmark toolbar by checking the checkbox with your mouse. You can also hit the alt key on your keyboard to make the Menu bar show up. The menu bar makes using Iceweasel a lot easier for users who are used to the old classic version of Firefox because the menu bar has drop down menus for file, edit, view, history, bookmarks, tools, and help, so every important shortcut/feature on Iceweasel can be found on the menu bar.

You can also customize Iceweasel user interface by clicking on the Customize button which launches the customize editor for Iceweasel.

Iceweasel has tabs, private browsing, work-offline, Firefox sync which sync your Firefox bookmarks, tabs, passwords, and more with other Firefox based web browsers when you sign-in with your Firefox Sync account in the Sync section of Firefox or Iceweasel. Iceweasel also has a downloads manager, bookmarks, autofill, web search, website text search, spell check, pop-up blocker, Developer tools, and zoom in, zoom, out and other features found in Firefox.

Iceweasel can be used to open, and view picture, html, text, and xml files within the web browser’s window.

Iceweasel is a good web browser which has most of the features of Firefox, and is reliable on the Raspberry Pi 2. It also runs pretty fast on my Raspberry Pi 2 when I have NoScript installed on it to block unwanted JavaScript and other Scripts from slowing down websites and the Raspberry Pi with slow scripts. I can use Iceweasel for a long time without experiencing as many crashes or website viewing problems which I experience on other Raspbian compatible web browser. I like that I can install add-ons, and Themes on Iceweasel to customize its look, and make it do things which it can’t do like Block Scripts with the add-on No Script. Most importantly, it can play videos on YouTube, and browse more modern websites which don’t work very well on other Raspberry Pi compatible web browsers.

Enter these command lines in Terminal while you are connected to the internet. After each command, hit the enter/return key on your keyboard.

You would need to press the Y button on the keyboard to agree to install Iceweasel. When your Raspbian is done installing Iceweasel, you can open Iceweasel by going to Menu>Internet>Iceweasel.

Iceweasel is also available for Debian Linux which is the Linux distro which Raspbian Linux is based on.