How to Manually Hibernate/Force Stop Google Android Apps to use less RAM, and CPU resources 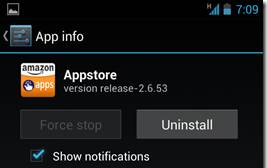 Google Android can use a lot of RAM, and CPU on your smartphone, tablet, settop boxes, and devices because of Background tasks which you don’t see on your screen. In Google Android, you can “force stop” apps in the Android App’s setting section by tapping on the app you want to force stop, and tapping on the force stop button which will force stop the app. Force stopping an App is like hibernating an App or closing a program where it is no longer running until you launch it again.

Your device does not need to be rooted to “force stop” most apps, and you do not need a third-party app to manually force stop apps from the App settings section for an app you want to force stop.

It only takes a few seconds to force stop one app from the app settings section.

Force Closing Apps is a better alternative than uninstalling Apps since you still can use a forced stop app at a latter time compared to not being to use an app once it is uninstalled.

Force Closing the app stops the app from running again unlike pressing the stop button on the apps which are in the Running section of your Google Android App settings section in the Settings App for Google Android.

Force Closing Apps is better than using a background apps task killer app because force stopped apps are less likely to restart after a few minutes to hours. Forced stop Apps usually stay stop even when you power down Android, and turn your smartphone, tablet, and device back on at a later time.

You also don’t need a third-party app like a task killer to force stop apps.

How to manually force stop an App to hibernate it, so it is no longer running while using up RAM, and CPU resources?

Note: Before you Force stop Apps, I recommend you clear all Recent Apps from Google Android Recent apps section, so fewer apps need to be force stop, and fewer un-needed apps are running in the background which would make force closing many apps faster. You need to tap on the Square Button on the navigational bar at the bottom of Google Android’s homescreen. Once you are in the recent apps section, swipe all the apps to the right, or click the X/Close button next to each app to make it disappear from the recent apps section. Some apps will still have running services even when you closed them in the recent apps, or tap the exit button on the app, so you need to force stop them to stop the apps, and their services from running.

1. To force stop an app, you need to open the Android App settings app from your homescreen launcher, App Drawer in your launcher, or notifications bar.

2. When in the settings App, go to the Apps section in Settings.

5. When you go back to the Downloaded App section in App Settings, Repeat the same steps with other apps which you know are running in the background, and want to force stop .

6. While you are in App settings for an App you plan on force closing, you could click the “clear cache” button to clear its temporary cache files to free up space on your storage drive, and making the storage drive faster by clearing un-needed cache files.

I recommend not force closing launchers, keyboards, social networking, e-mail, messaging, online file backup, and internet apps like VPN, and proxy apps unless you need more free RAM, and CPU resources to play a game, and do other resource intensive tasks. Once an app is force stop, you usually won’t get any notifications anymore because the app is no longer running, and some apps need to run all the time to protect your privacy when online like VPN and proxy apps. Online file backup apps need to be always running to backup your important files.

Using a Task Manager App can make it easier to find out what apps are running in the background of Google Android compared to using the Running Apps section in Google Android which has 2 sections where you need to press a button to see the cached running apps. Some Task Manager apps also let you quickly and easily access the App settings section for an app, or game by long tapping on a button. In the App setting section, you can force stop the app by tapping on the force stop button which will be grayed out after you tapped on the Force stop button.

There are some apps which automatically hibernate background running apps, or make it easier for you to manually hibernate apps, but they sometimes use system resources like storage space, CPU, RAM, and battery power which make them not very good to use on cheaper, and slower Google Android devices which don’t have a lot of storage space, CPU, RAM, or a large battery. Sometimes, Automatic Force Stop apps can also cause problems like force closing an app which the user still plan on using when the screen is off which can lead to data lost if the user did not save his work in an app like a Word Processor. Automatic force stop apps also sometimes requires the user to enable it in Accessibility section in Android settings. Once the Force stop App is enabled, it is always running using up RAM, and CPU resources which can cause some slowdown problems.

When you re-open the app, you would need to force Stop it again if you do not want it to be running since every time you or another app launches an app which is force stop, the app will wake up from force stop, and will only hibernate when you force stop it again by tapping on the force stop button on the App settings section for the App in the App section in Google Android settings.

Manually force closing apps is simple, fast, and doesn’t use up any extra storage, RAM, and CPU resources, so I prefer to manually force Stop apps instead of using an automatic force stop hibernation app.

Manually force closing apps is safer than using a third-party hibernation app which may have unsecure, and less-private permissions, or contain security vulnerabilities which can leak your personal data to a third-party or the maker of the app.

After manually force closing most of the un-needed background apps like games, third-party app stores, media players, some system utility apps, media players, and browsers on my old Asus Google Android 5.1.1 Lollipop Nexus 7 2012 tablet with a 1.3 GHz Tegra 3 CPU, 1GB of RAM, and 16GB of storage, I notice that my tablet opens apps faster, does not slow down when playing most games, and web browsing. My tablet does not randomly freeze or restarts as much after I manually force stop un-needed background running apps on Google Android.

Force Closing Apps is simple, safe, and fast way to make your Google Android smartphone, tablet, settop box, PC, and other Android devices run faster by hibernating the app to stop it from running to save battery life, RAM, and CPU resources on your device without the need for a third-party app which does not come pre-installed with Android.

Have Fore Stopping Apps in Google Android made your device feel faster when you use it?