by Johnson Yip on October 4, 2014
in Google Android 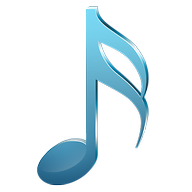 Music Player for Google Android made by JRT Studio is a good music player for playing music. I like that it launches quickly after tapping on the Music Player icon on my homescreen, or the all apps drawer.

I like the simple black and gray theme, and the sections like artists,albums, songs, and playlists are easy to read. The user interface and controls on this player are very easy to use since there are no added features like streaming music, equalizer, bass. treble, syncing, and other stuff which can make using the player harder to use, and possibly slower because of the added features. Having no un-needed features also make this Music Player use less storage space, and no data since there is no streaming and syncing features which can use up data. This is one of the best music players for users who just want to quickly open songs, and listen to MP3 files on Google Android device.

The Music Player has all the basic features like play, pause, stop, next track, previous track, repeat, shuffles, and status bar. It also supports artwork for MP3s with album artwork.

In the notification bar of Google Android, the player shows a music icon, and the song that is playing. You can click on the song name in the Notification bar to go back to Music Player to stop the music from playing, pause songs, switch albums or playlists, and switch songs.

The audio quality is pretty good, and there is no stuttering, and slowdown problems when listening to music.

Music Player is also pretty to use with section for Artists, Albums, Songs, playlists for easily finding, and organizing your music files to play with Music Player.

I can also use other apps or have the screen off on my tablet or smartphone while listening to music. This player also does not slow down Google Android when I use it for browsing the web, and other tasks.

This music player only uses 1.56MB of storage and 18 MB of RAM according to the Running Apps section on the App Manager in Google Android 4.4 on my Asus Google Nexus 7 2012 tablet.

You can download Music Player for Android at Google Play at https://play.google.com/store/apps/details?id=com.jrtstudio.music