by Johnson Yip on August 8, 2014
in Google Android 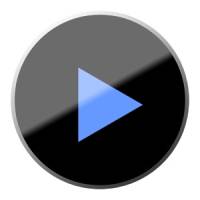 MX Player is a free video player app which can open many types of video files. I can open MP4, divx, avi, mkv, and many other different types of video files with MX Player. It also supports subtitles. Video playback in MX Player is pretty smooth with no stuttering or slow frame rate problems when I use MX Player on my Asus Google Nexus 2012 tablet.  MX Player opens pretty quickly after tapping on its shortcut icon on my tablets home screen.

MX Player is great for watching video offline without a wifi or data connection, or worrying about going over your data cap, and paying overage fees because MX Player can work offline without needing to access the internet to stream video like YouTube.MX Player is easy to use  in my experience at opening video. It has a video file manager program which shows me which folders contain video, and the thumbnail images of each video. I just need to tap on the thumbnail to open the video file. I can very easily skip to the next video, pause, stop,  fast forward and rewind video by slidingyour finger from the right or left of the screen.  Adjusting the volume of the video is easy as well by just sliding your finger up and down the screen to increase or decrease the sound levels. It is also possible to set video to display in full screen, or its original size. I can zoom in, and out of a video as well.

I like that MX Player hides the Android status bar and task bar at the bottom with the back, home, and recent apps navigation button when playing a video which makes watching a video more immersive. MX Player also disable screen timeout/off when a video is playing, so the screen won’t turn off when watching video. MX Player also increases the brightness of the screen when playing video to make the video easier to watch outdoors.

MX Player can also be used to re-name, and delete videos in its video file manager program in its app.

There is also a Kids-Lock plug-in for MX Player to lock your phone or tablet’s  other apps while your kids watch video.

MX Player works for Google Android 2.1 and up, and you can download it from https://play.google.com/store/apps/details?id=com.mxtech.videoplayer.ad