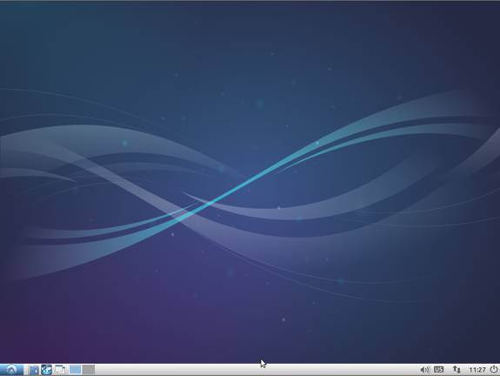 Lubuntu 13.10 is one of the fastest free Linux based operating systems which I had installed on my older computer with an old dual-core Intel CPU with 1GB of RAM, and a 320GB hard drive.  It almost never slows down, or freezes like Windows when too many programs are running in the background. Lubuntu is also a more safe, and secure operating system because it is based on Linux which is one of the most secure operating systems in the world because there are a lot of volunteers fixing security problems quickly, and you download programs from the Lubuntu Software Center which has no virus and spyware programs on it.

Lubuntu 13.10 is a better alternative than Windows Vista-8 on computers with less than 1GB of RAM because Windows Vista, 7, and 8 all use a lot more RAM than Lubuntu 13.10 which uses under 170MB of RAM when Idle in my experience on a computer which only has 1GB of RAM.

Lubuntu has been working pretty well when I use it to browse the web, watch videos, type documents, and play games on it. I like how fast Lubuntu startup and shut down which takes under a minute to start up, and a few seconds to Shutdown.

The main reason for Lubuntu being so fast is because it uses the LXDE Desktop Environment  which is more lightweight than the regular Ubuntu’s Unity environment which uses more RAM, and CPU resources. Lubuntu is also based on Ubuntu 13.10 which is a very fast operating system based on Linux. However, Lubuntu is even faster than Ubuntu because Lubuntu uses the LXDE theme which is more light weight than the Unity Desktop Environment which can be slower on older computers with less RAM, and a slower CPU. There also seem to be less slow down when browsing the web, and do other tasks in Lubuntu compared to more heavy operating systems, so I feel using Lubuntu makes my computing experience faster without the need to upgrade my RAM, CPU, and hard drive to a faster one.

Using Lubuntu may help you have longer battery life on your laptop, or use less power on your desktop computer because Lubuntu uses less RAM, and CPU cycles compared to other operating systems for computers. and Lubuntu does not read and write to your hard drive as much compared to Windows which occasionally read and write your hard drive to do a scheduled disk defrag, virus scan, and other scans.

Using Lubuntu is similar to Windows because it has a launcher which resembles the Windows start menu on the bottom left of the desktop.

In the launcher, it has sections where all the short cuts to all your programs are located. Lubuntu has most of the programs the average computer uses like web browsers, word processors, media players, and document viewers. There is also the Lubuntu Software Center for downloading more software to install on Lubuntu from the Software Center.

The best part of Lubuntu is that users can run it from a DVD-R or USB thumb drive with the Lubuntu Live Image installed on it  by leaving the Lubuntu disc inside my PC before start up before they decide if they want to install it on their computer. It is also possible to install Lubuntu along side Windows, Mac, and other Linux based operating systems during the install, or you can delete your previous operating system to run Lubuntu on your current operating system. Installing Lubuntu is pretty easy, I just need to type in my name, tell it which time zone I live in, test my keyboard, and wait for it to install, and restart my PC.

Lubuntu is a great operating system for older computers with less than 1GB of RAM, and a single core CPU, and computer users who want to maximize their computer’s performance by using as little RAM, and CPU resources as possible, so they can use more of their RAM, and CPU resources for other tasks like gaming, video editing, photo editing, and multimedia which can use a lot of RAM, and CPU system resources. Lubuntu also uses very little disk space since I’m only using about 17.8GB of space on my computer with Lubuntu installed on it, and a few extra programs like Chrome web browser, SM player, Filezilla, and Adobe Flash Player.

Keeping Lubuntu updated is easy, you just need to click on the launcher menu on the bottom right, go to system tools, and click on Software Updater to start checking to see if Lubuntu and your software is updated, and if it is not Lubuntu will start the update process.

With Lubuntu, you can run all the Ubuntu 13.10 compatible programs, but you experience the speed of the LXDE desktop environment.

Learn more about Lubuntu 13.10 at lubuntu.net where you can also download the latest install disc images of Lubuntu for PC, and Mac.

I recommend Puppy Linux for very old computers which were made in 1995 to 2002 because it is even more lightweight than Lubuntu in most cases, and it is also very user friendly like Lubuntu.

Next post: Battery Doctor by KS Mobile – Easiest way to save your battery life on Google Android